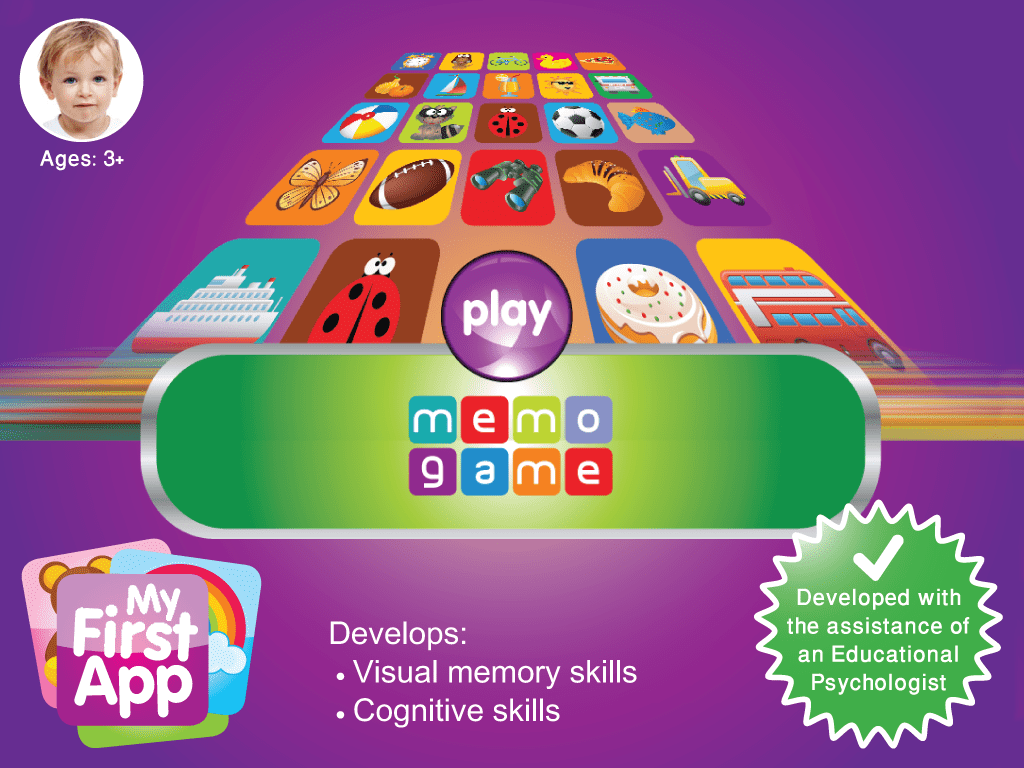 The game consists of several boards, each board features a different theme, such as vehicles, food and animals. The use of the various themes also helps develop categorization ability. It is designed for children aged 3+ years old.